For 1,001 nights, Scheherazade eluded an untimely death by weaving tales with cliffhanger endings, keeping a vengeful king at bay. Again and again her life was spared so the king could hear what happened next.

Arabic instructor Aklas Sheai’s take on the Middle Eastern fable of Scheherazade and the Arabian Nights will be performed 12:30-1:30 p.m. Wednesday, March 30, by about 50 of her students donning stunning hand-sewn costumes.
This is the third year that Sheai, with help from her daughter, Asma Yassi, an adjunct counselor at Cuyamaca, and Raad Jerjis, an associate professor and counselor, will put on a free production in the college’s performing arts theater (Building B). .Also coordinating the event is Patricia Santana, chair of the college’s World Languages Department. The event is open to the public. 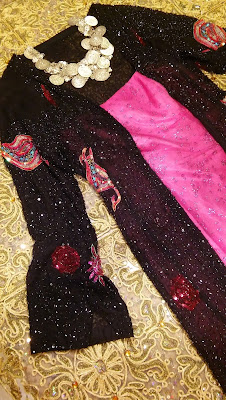 The five-act production of “Scheherazade: Tell Me a Story” will transform the Performing Arts Theater stage into a setting straight out of the pages of a Middle Eastern folk tale with rich colors and swirling veils and, in one scene, the traditional outdoor bazaar.  In Sheai’s version of the Scheherazade fable, the king’s bloodlust is ultimately tamed by the tender love story of a pair of star-crossed lovers, Isam and Ayla.

Isam is sent to war for 10 years and before his departure, he secretly gives Ayla his yashmagh, the traditional Arabic head scarf worn by men, and in return, she gives him her handkerchief, which he keeps close to his heart. She tells him that the handkerchief was a gift from her grandmother, handed down with the instruction to give it to the man who possesses her heart.

After a decade on the battlefield, Isam returned home and scanned the horizon to find Ayla, still beautiful and still wearing the head scarf he had given to her years ago. Touched by the story of faithful love, the king who had beheaded a multitude of wives out of vengeance after being cuckolded by his first, mends his bloodthirsty ways and lives happily ever after with his queen. 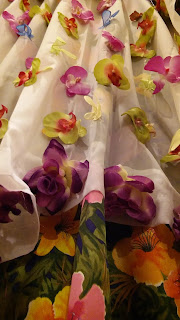 Sheai, a Chaldean refugee who arrived in the United States with her husband, son and daughter in 2005, began teaching at Cuyamaca College in 2008 and won an Outstanding Faculty Award in 2014.  She said the yearly productions are a way to share the richness of the Middle Eastern culture. And for her students and community members – many expatriates like herself – it is an entertaining hour of music and dance from back home. Theatergoers can also sample Middle Eastern food catered with support from the Foundation for Grossmont & Cuyamaca Colleges.

“I started these productions on a small scale back in 2008, first in the classroom, then the student center, and now in our beautiful theater,” Sheai said.  “I am a regular at the Goodwill store – I invited the people who work there to come see the show so they can see what I do with all the things I buy.”

Her dedication spending long hours sewing elaborate costumes and creating stage props is mirrored by her students, who have been rehearsing their roles for weeks. Joining them this year are youngsters from a children’s Arabic class Sheai teaches at her church.

Jerjis, who is a member of the college district’s Diversity, Equity and Inclusion Council, praises the college and district administration for its support of Middle Eastern cultural events, saying they are one way to increase an understanding of the substantial Chaldean refugee and immigrant population at the campus and in the East County community.

Cuyamaca College President Julianna Barnes said the college embraces its diversity and benefits a great deal from what is clearly for Sheai, a labor of love.

“Her efforts are such a value to the community as a whole because they promote a greater empathy for the many immigrants dreaming and working toward a better life,” Barnes said. “Providing an avenue for their success is one of our key goals here at Cuyamaca College.”

Cuyamaca College is at 900 Rancho San Diego Parkway in the community of Rancho San Diego. For more information, go to www.cuyamaca.edu or call 619-660-4000.
Posted by Della Elliott at 3:11 PM