Board to vote Dec. 13 on trustee-area elections

A second public hearing will be held Dec. 13 on a proposal to begin trustee-area elections for the five members of the Grossmont-Cuyamaca Community College District governing board. Following the hearing, the board is expected to approve a map showing the boundary areas that each of the five trustees will represent.

The hearing will be held Tuesday, Dec. 13 at 6:30 p.m. at Griffin Gate at Grossmont College. A map of the college campus is available at www.grossmont.edu.

Students pay attention during the Cuyamaca College Leadership Academy
A two-day seminar at Cuyamaca College offers students important lessons outside the traditional academic subjects. In this class, students at Grossmont and Cuyamaca colleges learn how to lead.
The students invited to take part in the Community College Leadership Academy  include student government representatives and others recommended by administrators. The free training is designed to help students develop their leadership and interpersonal communication skills through a curriculum created by the Ken Blanchard Company, nationally acclaimed authorities on leadership development.
Read more »
Posted by Grossmont-Cuyamaca Community College District at 3:44 PM

Sahar Abushaban, a community college alumna with a long career of public-education budgeting, is the Grossmont-Cuyamaca Community College District’s new associate vice chancellor of district business services charged with overseeing the district’s fiscal operations and budgeting.
Hired by the district as a financial analyst in 2006 and serving as interim director of district business services for the past two years, Abushaban now also oversees categorical programs, such as CalWORKS and Veterans Education.
Read more »
Posted by Grossmont-Cuyamaca Community College District at 4:52 PM

Kitka, an Oakland-based group of American women vocalists who started in 1979 as grassroots amateurs sharing their passion for the distinctive traditional songs and vocal techniques of Balkan, Slavic and Caucasian women’s groups to become an internationally renowned professional ensemble, will kick off its Wintersongs Tour Dec. 1 at Cuyamaca College.
The 7:30 p.m. performance at the Cuyamaca College Performing Arts Theater is $20 for general admission, $10 for students and seniors. The Granite Hills High School Choir will make a special guest appearance. Cuyamaca College is located at 900 Rancho San Diego Parkway in Rancho San Diego. For tickets, go to www.brownpapertickets.com or call (619) 660-4288. 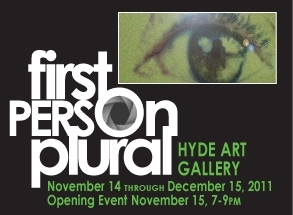 EL CAJON – Public hearings will be held Nov. 15 and Dec. 13 on the new areas being proposed for election of the five Governing Board members for the Grossmont-Cuyamaca Community College District.
Trustees have been elected at-large by voters in the more than 1,100-square-mile East County district that stretches from the East County cities of El Cajon, La Mesa, Lemon Grove and Santee to the Imperial County line. Beginning in the 2012 elections, the district will be divided into five trustee areas and voters in those areas will elect a trustee to represent them.

Read more »
Posted by Grossmont-Cuyamaca Community College District at 10:45 AM 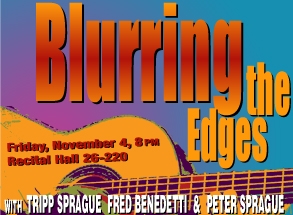 Cost to attend is $10 per person general admission. Tickets are available at the door. For more information, phone the Grossmont College Music Dept. at (619) 644-7254, or visit www.grossmont.edu/music