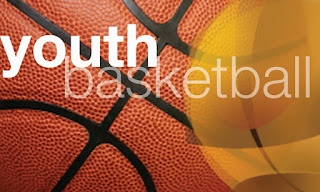 The camp, being held from 8 a.m. to noon, Monday through Thursday, Aug. 6-9, will feature instruction on fundamental skills, group and individual contests and three-on-three tournaments, along with life lessons about sportsmanship, communication and goal setting. The cost is $75 per camper, which includes a T-shirt, contest prizes and giveaways.

Since arriving at Grossmont College from Salt Lake Community College in 1998, Weber has won a Pacific Coast Conference title and Coach of the Year honors. He has been coaching at the college level for 25 years. During the past 12 years, more than 40 of his athletes have transferred to four-year universities.
Posted by Grossmont-Cuyamaca Community College District at 11:51 AM

A new facilities master plan identifying unmet needs at Grossmont and Cuyamaca colleges was presented at a community forum Thursday as the East County college district considers placing a bond measure on the November ballot.

﻿ ﻿
Grossmont College was built 50 years ago, and still has classrooms and other buildings constructed then that have outlived their usefulness and are badly in need of repairs. Cuyamaca College opened in 1978, and many of its roads, mechanical systems and fixtures are no longer adequate to serve the campus and its students.

Ten years ago, East County voters approved Proposition R, an immensely successful $207 million bond that, coupled with state bond monies, enabled the colleges to construct 13 new and refurbished facilities that have transformed the Grossmont and Cuyamaca campuses. The bond program was held up as a state model with its series of unblemished audits and careful monitoring by its citizens oversight committee.

However, the facilities master plan discussed Thursday showed that many facility improvements are still needed at both campuses to better serve students and prepare them for the workforce, update technology, increase services to veterans, and make the campuses more energy-efficient.

Civic-minded East County residents in the construction field are urged to apply for a seat on the Grossmont-Cuyamaca Community College District’s Citizens Bond Oversight Committee, which monitors the district’s spending on a $207 million bond measure.
A qualified professional in the construction field is being sought to fill a slot on the district’s Proposition R bond oversight panel left vacant with the term-limit departure of former chairman Ron Asbury. The 10- member committee is now headed by Ron Orberndorfer, a La Mesa attorney.
A form to apply or to nominate a member for appointment by the governing board can be found by going to www.gcccd.edu and clicking on “About Us” and then the link, “Proposition R Bond Measure.” Forms are to be submitted by Aug. 15 to the college district Chancellor’s Office at the Grossmont College campus, 8800 Grossmont College Drive in El Cajon. Call the citizens oversight committee office at (619) 644-7762 for further information.
Read more »
Posted by Grossmont-Cuyamaca Community College District at 7:30 AM

It's official: Grossmont College has set a world record

Officials at Guinness World Records in London have confirmed that Grossmont College was successful in its bid to set a world record for the most signatures on a birthday card in one day. The record was set at the community college’s 50th anniversary open house on April 14, when a total of 1,821 people signed the four-foot-tall card, including 174 well-wishers who submitted their greetings on Grossmont College’s Facebook page. The previous record was 1,468 signatures on a card in one day.

“Setting the record is like icing on the birthday cake of our yearlong celebration of Grossmont College’s first 50 years,” Grossmont College President Sunny Cooke said. “We are grateful for everyone’s support for our college and helping us set the record. Here’s to the next half-century of excellence in serving our community.”

The signatures had to be posted during the five hours of Grossmont’s open house, held from 9 a.m. to 2 p.m. A team of about 25 volunteers helped with registration and served as witnesses as they followed meticulous procedures laid out by Guinness World Records. They also kept tabs of the greetings posted on Facebook.

Cooke said the certificate from Guinness will be on display at the college when fall semester classes begin Aug. 20.
Posted by Grossmont-Cuyamaca Community College District at 10:18 AM

﻿﻿﻿ ﻿﻿﻿  Congratulations to Grossmont College alum Brad Daluiso, who has been named one of five outstanding alumni for 2012 by the Community College League of California. Daluiso will be honored at the League's convention in Los Angeles this November. Here's the nomination for Daluiso:

Before Brad Daluiso attended Grossmont College, he'd never stepped on a football field. After playing as a kicker for the Grossmont football team, Daluiso discovered a talent that led to a 10-year career in the National Football League, including two Super Bowl appearances.

He spent eight seasons with the New York Giants, retiring in 2000 as the team's all-time most accurate kicker and the second-leading scorer of all time in the team's history. Daluiso now works as a financial planning specialist for Morgan Stanley Smith Barney, but he hasn't forgotten his ties to Grossmont College. He created the Brad Daluiso Golf Classic, now in its 10th year, to raise money for scholarships and recently joined the board of the Foundation for Grossmont and Cuyamaca Colleges.

Daluiso is also on the board of the Sheckler Foundation, a foundation created by professional skateboarder Ryan Sheckler.

Victoria Simmons, a consultant and community college administrator specializing in labor relations and human resources for 17 years, is the new vice chancellor of human resources for the Grossmont-Cuyamaca Community College District.
Simmons, who was hired after a nationwide search, began working at the college district July 1. She has experience in labor and employee relations, recruitment, equal employment opportunity compliance, staff development and training, classification, compensation, workers’ compensation and other human resources issues.
“I am pleased we were able to attract a person of Victoria Simmons’ depth of knowledge, commitment and energy at a time when serious budget constraints and increasingly complex labor issues demand excellent management,” Chancellor Cindy L. Miles said. “Her approach is building cooperative relationships through effective communication and active listening. Her combination of skills and experience are an asset to the community, our district, and our employees.”
Read more »
Posted by Grossmont-Cuyamaca Community College District at 4:35 PM 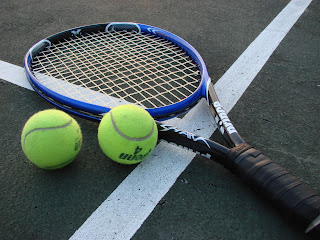 The Fletcher Hills Tennis Camp for youths aged 6 to 19 years old is being held this summer at Grossmont College.

Students will be grouped by age and skill level, with developmental drills, group games, stroke analysis and match play and weekly tournaments. Daily prizes and weekly grand prizes will be awarded, and each student will receive a camp T-shirt, healthy snacks and water.

Read more »
Posted by Grossmont-Cuyamaca Community College District at 11:19 AM

﻿﻿﻿
Cuyamaca College cross-country coach Tim Seaman, a two-time Olympian race walker, will be traveling to the Games in London, but this time it will be as a coach instead of as a competitor.

Seaman will be cheering on a group of other athletes he coaches, including his wife, Rachel, Canada’s leading contender in the women’s 20-kilometer race walk. The two other Seaman-trained athletes earning Olympic berths in London are Trevor Barron, a 19-year-old prodigy who broke a pair of American records previously held by none other than Seaman; and Maria Michta, the top finisher in the U.S. women’s 20,000-meter race walk.

Seaman, who competed in the 20-km race walk at the 2000 and 2004 Olympics, had hoped to compete for Team USA this year, but missed that mark when he came in second at the U.S. track trials Saturday in Eugene, Ore. While he fell short of his Olympic goal, he managed to set four masters records for the 40-45 age category. Earlier this year, as his Cuyamaca College athletes watched, Seaman earned a designation as an Olympic alternate behind fellow San Diegan John Nunn in the 50-km race walking trials held in Santee.

“It was very inspiring to be cheered on by my Cuyamaca team,” Seaman said. “I felt that as their cross country coach, I needed to show them that even if the odds are stacked up against you, you can’t give up.”
Read more »
Posted by Grossmont-Cuyamaca Community College District at 7:34 AM