A message from Chancellor Cindy Miles: Spotlighting the value of community colleges 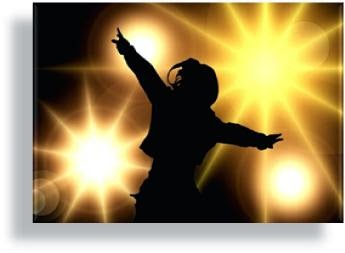 Today was a day when community colleges were truly in the spotlight, both nationally and in California. At Pellissippi State Community College in Knoxville, TN, President Barack Obama announced his proposal to make two years of community college free, potentially benefitting up to 9 million students nationwide. In Sacramento, Governor Jerry Brown presented his 2015-16 budget plan, which recommends augmenting the California community college budget by more than $800 million in ongoing funds and over $300 million in one-time monies.


President Obama’s proposal calls for offering free tuition to community college students who maintain a 2.5 GPA and are steadily progressing toward a degree. The colleges would be required to offer academic programs that can transfer to four-year universities and vocational programs that lead to degrees or certificates for in-demand jobs. (Of course, we already do that!)


I’m delighted with Obama’s visionary concept that could open the doors to college for many more students. However, we’ll need to be cautious before we start popping open the celebratory champagne. This still needs to be approved by Congress, which has not been inclined to fund massive new programs. It also would have to be approved by the states, which would be on the hook for 25% of the funding.


Meanwhile, we got more good news today when Governor Brown released his $113 billion proposed budget for 2015-16. California Community College Chancellor Brice Harris called it the best budget for community colleges that he has seen in more than two decades.


·         $125 million to increase base allocation funding, intended to ease the constraints on discretionary funding that colleges have experienced since the economic downturn.


·         $39.6 million to support projects and workforce development related to energy sustainability under Proposition 39.


Because Proposition 98 obligations for the current and prior year were significantly higher than budgeted, additional one-time funding is also available.


Again, while Brown’s budget proposal offers good news for our colleges, we must hold off on the celebrations. It still must be approved by the state Legislature, and we have significant financial clouds on the horizon. We are facing steep increases in our STRS and PERS contributions, along with under-funded retiree health costs, higher utility costs and other expenses that could quickly eat up the additional discretionary funding. Additionally, Proposition 98 funding is not expected to be as large as it was this year, and Proposition 30 funding will be sun-setting in the next few years.


So, starting at our District Strategic Planning and Budget Council meeting on Monday, we’ll be analyzing what this budget would mean for our District, and I’ll keep you posted on developments.


Whatever may happen to these proposals, both are positive indications that our state and national leadership recognize the value and importance of community colleges in transforming lives and building our workforce. I can assure you that Governor Brown’s budget will be discussed when the Governing Board members and I meet with our state legislators later this month, and Obama’s proposal will be a high-priority topic when we visit our legislators in Washington, D.C., in February.


Those of us in the District see firsthand the transformative power of community colleges, but its effect on our local students was officially documented recently in a survey of more than 1,400 spring 2014 graduates conducted for the San Diego and Imperial Counties Community College Association (SDICCCA). The survey tracked what our recent graduates were doing since they graduated, and asked them about their experience at community college.


·         79% of the surveyed graduates who continued their education agreed with the    statement, “Academically, my community college prepared me well for my current studies.”


·         About 96% who pursued work after graduation found a job within six months, with 60% working in a field related to their studies.


·         More than 9 out of 10 working graduates found employment in San Diego or Imperial counties.


·         Some 86% of the working graduates who were surveyed agreed with the statement, “I am satisfied with the skills and knowledge I gained while attending my community college.”

So, as we begin the spring semester, we can be a bit more optimistic about the immediate financial future of our District than we were during the dark years of the recession. We have a ways to go before celebration is in order, and we are carefully monitoring a few budget clouds that threaten our long-range budget outlook.


For now, please know that the Governing Board and I deeply value your contributions to our District and students, and we hope you have a wonderful 2015!

Posted by Grossmont-Cuyamaca Community College District at 8:30 AM