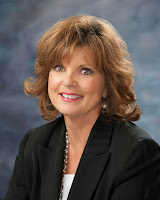 Neault replaces Cindy L. Miles, who is retiring at the end of the year after a record term of almost 11 years at the district’s helm. Governing Board President Linda Cartwright announced Neault’s selection at the board meeting on Tuesday.   Neault starts her new job in January.

“Dr. Neault brings decades of knowledge and experience in local community college administration and is well-versed in the statewide issues of student outcomes and enrollment and their impact on state funding,” Cartwright said. “She also brings a strong commitment to participatory governance and decision-making that comes after many years of working and consulting with varying constituency groups from a multi-college district.”

Neault has served 25 years at her current post with the San Diego Community College District, one of the largest in California. She began working there in 1983 as an administrative analyst in Institutional Research, and later served as director, associate director and coordinator of Student Services. From 2013-2014, she served as interim president of San Diego City College.

She holds a bachelor’s degree in political science, a master’s in public administration, and a doctorate in education, all from San Diego State University.

“I deeply understand California community colleges,” Neault said. “I appreciate the complexities and opportunities that arise from a multi-college district. I understand the laws and regulations that guide our work and I know the importance of establishing strong relationships in the community, with community leaders, legislators and the Board of Trustees.”

Raised in an immigrant family, where she was the first to attend college, Neault credits her own lived experiences to her commitment to the mission of community colleges.

“I am committed to the mission of community colleges,” she said. “We give students hope for a better life. We see the potential in them, even when they don’t see it for themselves and we lift their spirits.”

Neault said she plans to spend much of her first year meeting people, developing relationships, and learning about the needs and directions of a multitude of programs and departments in the district.

Other objectives Neault identified include raising the public profile of the district, completing the Proposition V-funded construction projects, and continuing the innovative work of the East County Education Alliance, a partnership forged between the college district, the Grossmont Union High School District and the Mountain Empire Unified School District to ensure a seamless educational path for the students of East County.

Posted by Della Elliott at 8:59 AM