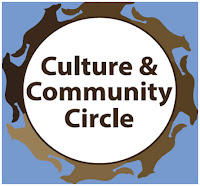 From women’s voting rights to the racial and economic disparities surrounding the COVID-19 pandemic, the Culture and Community Circle workshops at Cuyamaca College cover a variety of important political and cultural issues.

All sessions, which will be offered through Zoom, are free and open to the public. To obtain the Zoom link, call the Cuyamaca College Student Affairs office at (619) 660-4612.

Read more »
Posted by Della Elliott at 12:10 PM No comments:

In pre-pandemic times, Aklas Sheai, an adjunct Arabic instructor at Cuyamaca College, was known for the extra things, like bringing homemade desserts and snacks to share with her students.

Additionally, her yearly efforts to increase awareness of Middle Eastern culture were epic: elaborately staged events featuring students in intricate costumes she stitched herself. She also established the Middle Eastern Students Club, or MESC, to culturally engage students in and out of the classroom.

Even with the pandemic quashing on-campus interactions, Sheai’s contributions to the college and the students she holds dear to her heart still persist.

Registration is now open for fall semester classes starting Aug. 17 at Grossmont and Cuyamaca colleges, where a range of support from technology to basic needs is available to students for mostly online classes because of the COVID-19 pandemic.
More than 95% of the courses offered at the two colleges will be online. Many faculty have spent the summer learning ways to make online classes engaging and accessible. The in-person, socially distanced classes on campus will consist of science labs, allied health classes and career education classes that don’t lend themselves to online instruction.
Read more »
Posted by Della Elliott at 5:00 PM No comments: