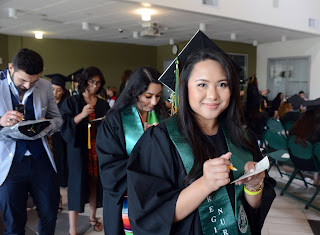 Grossmont College was recognized as a Top 100 associate degree-awarding college for minorities by Diverse: Issues In Higher Education, which released its annual rankings this month.

This year’s Top 100 list examined national data from the 2018 – 2019 academic year, the most recent year available. The rankings were assigned based on the number of minority students who received degrees. Grossmont College ranked:

• No. 69 for awarding degrees to students who identify as a minority (African American, Asian American, Hispanic/Latinx, Native American or Pacific Islander)

• No. 70 for awarding degrees to Hispanics/Latinx students

• No. 58 for awarding degrees to Asian American students

• No. 32 for awarding degrees to students who identify as two or more races 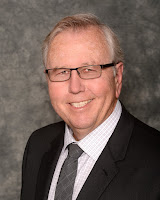 Brad Monroe has been unanimously selected by his fellow board members as president of the Grossmont-Cuyamaca Community College District Governing Board for 2021.

Monroe, who founded Cuyamaca College’s highly regarded Ornamental Horticulture program and retired in 2012 as its chair after 32 years, was elected to the board in 2018. Board members also voted to have Linda Cartwright as vice president, and Debbie Justeson as clerk of the board.

Also at the virtually held Dec. 15 meeting, oaths of office were taken by newly elected trustee Julie Schorr and trustee Adams, re-elected to a second term in November.

Dates were also set for the 2021 board meetings which will be held electronically during the current COVID-related public health emergency.  When public health conditions permit, meetings will resume in-person and alternate between Grossmont and Cuyamaca colleges. The Governing Board regular meetings will be held at 4:15 p.m. on the third Tuesday of the month on January-August 2021, and on the second Tuesday of the month from September-December.

For information about the college district, go to www.gcccd.edu

Posted by Della Elliott at 2:33 PM

The partnership is designed to increase access to high-quality, affordable degree programs to train and educate the next generation professionals in this sector, as industry experts anticipate a shortage of up to 20,000 workers throughout California in the coming years.

Read more »
Posted by Della Elliott at 12:16 PM No comments: 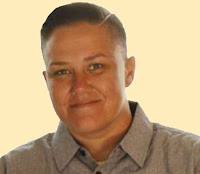 Cuyamaca College employee Kaylin Rosal has stayed true to the “Can Do” motto of the Navy Seabees, the Armed Forces construction battalion where she served for three years.

At the Veterans Resource Center, Rosal’s primary role is supporting the needs of veteran students and backstopping the work of Veteran Student Specialist Allan Estrada. She coordinates the center’s pantry program, which helps veterans and their families; manages book loans and vouchers; and arranges for Troop Talks, a monthly presentation by a veteran-focused community partner. Social media and the center’s promotion are also part of her bailiwick.

Read more »
Posted by Della Elliott at 5:05 PM No comments: 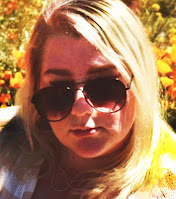 Alana Christman credits her father for her strong work ethic. The Cuyamaca College student is a Water Resources Management major with her eyes set on a career in the environmental field.

Dogged determination is a quality that’s served her well as she juggles her roles as a student and mother of a 6- and 3-year-old with another on the way.

Read more »
Posted by Della Elliott at 11:49 AM No comments: