Four employees at Grossmont and Cuyamaca colleges have been awarded top honors for their commitment to the East County campuses.

Cuyamaca College English instructor Karen Marrujo, who brings to the classroom equity and social justice issues, received the 2021 Outstanding Faculty Member Award. Spanish instructor
Anaid Stere-Lugo, recognized for finding ways to save students hundreds of dollars in textbook costs, is the part-time faculty recipient of the same award. The two were among hundreds nominated by students for their teaching excellence and judged by the college Academic Senate Faculty Awards Committee.

At Grossmont College, counselor MariaDenise “Dee” Aceves, recognized for her efforts to help the college transition to an online environment, and Director of Instructional Technology Jacob Angelo both received the President’s Leadership Award, one of the highest honors recognizing distinguished service to the college.

The four employees were lauded at their colleges’ convocations marking the start of spring semester.

“While the work of these four excellent employees varies, their commitment to helping students succeed is consistent,” said Lynn Neault, chancellor of the Grossmont-Cuyamaca Community College District. “Their dedication to the success of our students is critical to our mission to make a difference in the lives of our students.”

Born and raised in San Diego, Marrujo calls herself “Chicanagüense” because of her Nicaraguan, Mexican and American background. She uses her diverse background in her teaching to encourage students to share their unique stories.

She has spent 13 years in higher education, the last 2 ½ as an assistant professor in Cuyamaca College’s English department. Marrujo received bachelor’s degrees in English and political science and a master’s in creative writing, all from San Diego State University.  She went on to complete a community college teaching internship offered through SDSU and the San Diego & Imperial Counties Community Colleges Association, then served as an embedded tutor in Grossmont College’s English Department.

As the first in her immigrant family to go to college, Marrujo said she discovered teaching as a career path when she became a student tutor while attending graduate school.

“I just love helping other move forward in their academic journeys,” she said. “When I was in college there were definitely times I felt alone, overwhelmed, and out of place. As an instructor I get to play a role in empowering others as they go through their own journeys. I want my students to know that they are not alone, that I will always be rooting for them.”

About her experience at Cuyamaca College, Marrujo said receiving the teaching award has strengthened the feeling of support she receives from the campus community.

“The thing I love the most about Cuyamaca is its heart – this college cares,” she said. ‘I know I am part of a team that’s constantly working to better empower our students.” 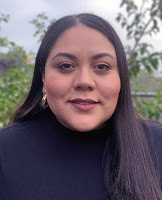 Stere-Lugo understands well the challenges faced by community college students, particularly those who speak English as a second language. She lived in Sinaloa, Mexico and Tijuana with her family until they moved to San Diego when she was 14 years old. She started her U.S. education in bilingual classes at Castle Park High School in Chula Vista, then went on to Southwestern College.

An adjunct instructor at Cuyamaca College since 2015, Stere-Lugo said the opportunities and support programs the college provides to students are qualities she appreciates most about the campus.

She is currently working on an Open Educational Resources, or OER, textbook for beginning Spanish students, which will save community college students across the state about $200 per course. OER are freely accessible, openly licensed text, media, and digital assets used in teaching and research.

“I believe in creating a classroom environment in which my students feel welcomed, cared for, valued, and respected,” she said. 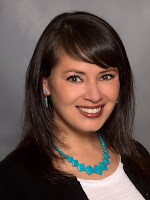 Like both faculty awardees at Cuyamaca College, Aceves is a first-generation college graduate with parents who emigrated from Mexico.

The nearly six-year employee of Grossmont College noted how her parents’ experience played a significant role in her career choice as an educator.

“I am here today because two immigrants – my parents – left everything they knew in Mexico to seek a better life for their family,” she said. “However, what they found was hardship and poverty. As a first-generation college student, daughter of immigrants with no formal education, I know the transformative power of education.”

After earning a bachelor’s in sociology from the University of California, Santa Barbara, Aceves received master’s degrees in education and social work from San Diego State University.

Interim President Marsha Gable praised Aceves for her crucial contributions as chair of the college’s curriculum committee and as Grossmont’s articulation officer, whose task is to build agreements with transfer institutions so that Grossmont College students can complete lower-division requirements and have a seamless transfer.

As director of Instructional Technology, Angelo was recognized for his role helping the college and its technology resources transition to an online environment.

In presenting the President’s Leadership Award to Angelo, Gable highlighted his efforts at the college and district levels to get much needed technology into the hands of students, faculty and staff during the current pandemic. Just short of two years at Grossmont College, Angelo has become a familiar face at the frequent drive-through technology distributions on campus and has availed himself day and night to troubleshoot colleagues’ technology issues.

Angelo is quick to share the credit with fellow IT staff, citing their flexibility and expertise to quickly virtualize and mobilize academic resources.

“I’m proud the change and growth that has occurred in the short time I’ve been here and am excited to continue moving forward,” he said.

Posted by Della Elliott at 1:43 PM