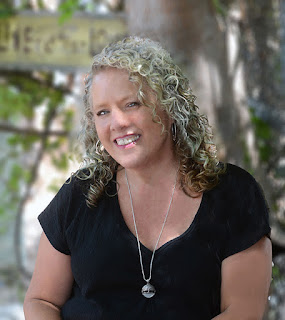 Maura Mehrian remembers the date clearly. “August 1, 1995,” Mehrian recalled. “I was a single mom raising two kids and going from low-paying job to unemployment to low-paying job. I opened up my mailbox, saw the government assistance check and said, ‘That’s it. There has got to be a better way.’”

Indeed, there was; Grossmont College was just down the street. Mehrian set up an appointment with a counselor and transformed her life through an educational journey that began with earning an associate degree in child development from Grossmont College and included securing a bachelor’s degree and master’s degree in the subject from San Diego State University.

“Grossmont College saved me,” Mehrian said. “I am Grossmont.”

Mehrian is not alone. Grossmont College is the No. 1-ranked school for students transferring to San Diego State University and a Grossmont College graduate with an associate degree will see an average earning of $1.6 million over a working lifetime. Mehrian is among the hundreds of thousands of former Grossmont-Cuyamaca Community College District alumni who generate more than $810 million in added income for the regional economy, enough to support 9,128 jobs, according to a 2021 Emsi report.

Mehrian’s challenges were many. Because she had dropped out of high school at age 16, she found herself in remedial courses, including a math class “where I didn’t know what I was doing.” With the help of tutors, academic counselors, and support programs such as Project Success, EOPS, and CARE, however, Mehrian began to thrive.

“I started falling in love with early childhood education and how children learn,” said Mehrian. “I just got hooked.”

Before long, she was hired as a part-timer, then as a teacher’s aide, a position she held for eight years, and then a lead teacher. In 2015, Mehrian was put in charge of enrollment. Four years ago, she was promoted to the role of Childhood Development Center coordinator.

She’s been attracting a legion of fans along the way.

“Ms. Maura is phenomenal,” said the parent of a special-needs child. “She loves children, she loves the work that she does, and she supports parents in the most holistic ways. Our children are our most precious jewels, and knowing that you have people like Ms. Maura directing our Child Development Center is very reassuring.”

Besides providing early childhood development services and care, the center also serves as a learning lab for two dozen or so adult students enrolled each semester in Child Development, Education, and Family Studies – part of the college’s Career Education Program – who observe teachers in practice. In addition, the center provides a space for student teachers to complete their student teaching requirements; for nursing, occupational therapy, education, and other students to observe childhood development practices for their college coursework and assignments; and as a resource for the community on best practices for early childhood.

The center is licensed to serve 64 children but typically serves 50 to 55 preschoolers ranging in age from 6 months to 5 years old. It is available primarily to low-income Grossmont College students and a small number of college personnel and is funded through the California Department of Education, the California Department of Social Services, and Neighborhood House Association Head Start.

“Every child deserves a high-quality, early-childhood education, especially children from marginalized communities,” said Mehrian. “We don’t have an achievement gap; we have an opportunity gap. Programs like this are helping to chip away at that opportunity gap and I couldn’t be prouder to be working here.”

Posted by Della Elliott at 1:31 PM