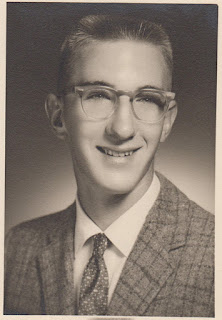 One of the first 1,538 students when Grossmont College opened its doors in 1961 and among the 18 students in Grossmont College’s inaugural graduating Class of 1962, Hartman would go on to earn a Ph.D. in zoology at Oregon State University and complete his postdoctoral research at Yale University. His lengthy academic career included playing a critical role in developing a marine biology program at Savannah State University, a historically Black university in Georgia that is the oldest historically Black public university in the state.

He would end his career teaching after teaching for more than a decade at Haywood Community College in Clyde, North Carolina.

“It all began,” Hartman said, “at Grossmont College, which really underscores the impact a community college can have on a person’s life.”

As Grossmont College celebrates its 60th anniversary, Hartman embodies the impact Grossmont has had not only in the region, but nationwide, by transforming lives and through learning and serving as a catalyst for equity.

Grossmont College was established just one year after the state adopted the California Master Plan for Higher Education, which promised access to higher education “for every student who is willing and able to benefit from attendance.”

Hartman, who graduated from El Cajon Valley High School, was one of those students.

“I was not highly motivated as a high school graduate, and I wasn’t sure what I wanted to do,” he said. “I went to Grossmont because I couldn’t afford to go to a university and I wasn’t ready for a university. I was fortunate to have had a couple fantastic teachers who piqued my interest, inspired me, and motivated me to continue my education.”

As Hartman was preparing to graduate from Grossmont College with an associate degree in the life sciences, he met with a counselor at what was then called San Diego State College to discuss transferring to the school. “I remember his words exactly,” Hartman said. “He said a junior college is not a real college; expect your grades to drop by at least 1 point on your GPA. You’ll drop out before the end of your first year, if not before the end of your first semester.”

Hartman was determined to prove the counselor wrong. San Diego State was out. Instead, he transferred from Grossmont College, which at the time was located at the Monte Vista High School campus, to Humboldt State University because of its strong natural sciences programs. He left Humboldt State with a bachelor’s degree in biology, with an emphasis in botany, then travelled north to earn a master’s degree in zoology with a minor in botany from Oregon State University, where he later earned his doctorate in zoology.

While working on his postdoctoral research through Yale University, Hartman’s interest focused on invertebrate algae symbiosis, or symbiotic algae that grows in the tissues of other animals. Aquaculture was taking off as an industry at the time, and Hartman’s growing expertise in farming algae led to a series of jobs that included working with a research team at the University of Delaware College of Marine Studies, the UC Davis Bodega Marine Laboratory, Savannah State University to build its marine biology program, the Florida Institute of Technology aquaculture degree program, and, finally, Haywood Community College in North Carolina, where he taught every natural science course he could.

Hartman is but one of the more than 1.6 million students Grossmont College has served since its humble beginnings on the Monte Vista High School campus.

Posted by Della Elliott at 8:50 AM