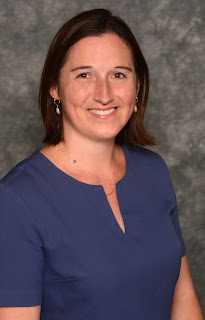 A former community engagement manager with the County of San Diego is the new Director of Public Information, Government Relations and Community Relations at the Grossmont-Cuyamaca Community College District.

Michele Clock’s appointment was approved Tuesday by the District’s Governing Board.

Clock comes to the District from the County of San Diego, where she most recently served as program manager in San Diego County Fire’s Community Risk Reduction Division. There, she and her team of four employees developed programs aimed at preventing wildfire and strengthening community readiness. A program she launched during the pandemic last year won a 2021 National Association of Counties Achievement Award. Clock previously served as communications officer for the County’s Public Safety Group. In that role, she managed communications for seven County public safety departments.

Before her service at the County, Clock worked as a staff writer for The San Diego Union-Tribune from 2005-2011, and as a writer and editorial aide for The Washington Post from 2001-2005.

Clock replaces Anne Krueger, who recently retired after serving as the District’s Director of Public Information and Communications for nearly a decade.

In her new role, Clock will be responsible for leading the District’s public information activities, including acting as spokesperson and media liaison. She will also advocate for the District’s legislative priorities with local, state and federal elected officials, and engage with communities throughout the District.

Clock earned a Bachelor of Arts degree in Government from Claremont McKenna College, and is on track to receive a Master of Public Administration degree this year from the University of Southern California.

“I'm inspired by the life-changing services offered by the college district, and honored to join such a passionate team,” she said of her new appointment.

Posted by Della Elliott at 4:11 PM